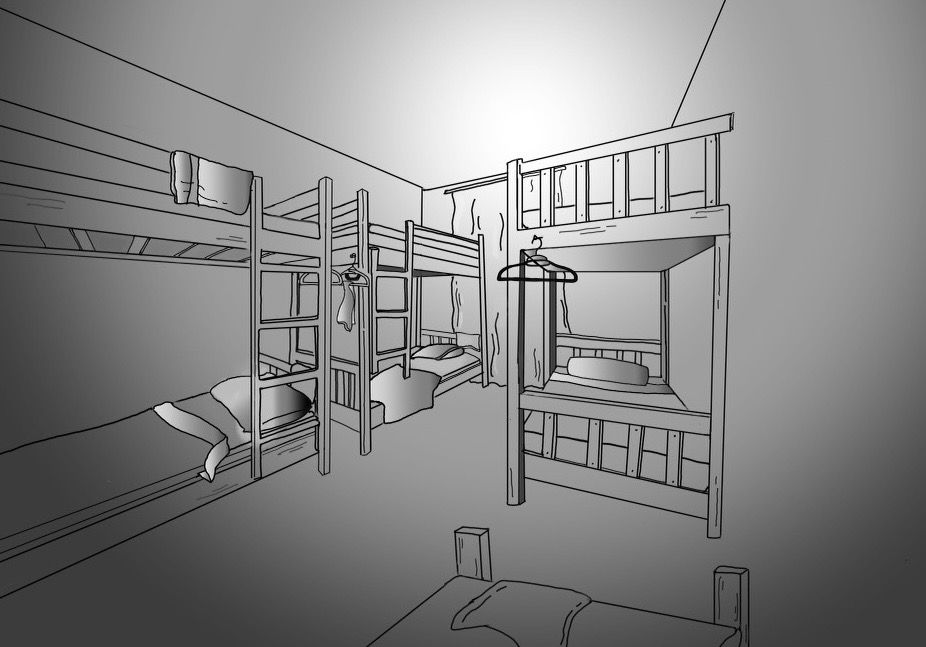 In the late 2000s I had a lead on a vintage automatic Omega Seamaster on bracelet only about a 15-minute drive away from where I lived.  This one was spotted by my mother, who knew I was into watches and was a fastidious reader of the Trading Post and weekend shopper newspapers, so when she saw anything even remotely related to Omegas or any of the other brands I like, she would send me a photo of the listing.  Most of them were not worth following up on, but this one was said to be running and keeping good time, and at an asking price of $180 Australian dollars it seemed like quite a deal.  After giving the bloke a call, I arranged a time to visit him at his inner city suburban home after work and asked him to hold it for me.  This is exactly the type of find Bill Sohne is referring to when he signs his posts off with “Good Hunting”.

I arrived just after 5:30 as the sun was setting and the sky was a bright orange, casting afternoon light over the old inner-city street filled with Queenslander style wooden houses from the 1950s, raised up on stilts with garages underneath, low wooden fences, large front yards, and peeling paint.  There were a lot of cars parked along the street but I was able to pull up right in front of the front gate and letter box in my somewhat old BMW 330ci.   As I looked around to double check the number, I saw inside the wood fenced yard some small dogs and four people standing around, one on his knees doing some gardening, one standing near him holding an umbrella, and two others seemingly deep in conversation.

I opened the gate and walked in, mentioning to one of the gentlemen that I was looking for Michael and I was here to buy a watch from him. Those seemed to be the magic words as his face lit up and he ushered me up the front stairs and invited me inside.  The entryway of the house was a tiny room almost like a coat room with no furniture. Two people were there, having a conversation in private and they stopped as my new friend from the front yard guided me in and around the corner.

Next was a largish living room at the front of the house, it was utterly packed with several odd couches, all fully occupied, several people on the floor in front of them and a small children’s trampoline being used as a seat for some teens as they watched a VHS recording of an energetic speaker talking about the doom that is to come on a smallish old style television.  It seemed almost like a clown car quantity of people in such a small space and I couldn’t help but stop and look around the room rather confused for a moment as my guide ushered me further into the house.

In the next room was what looked like an office setup, several non-matching desks, filing cabinets, old Windows 98 era yellowed beige computer boxes and old style monitors. There were stacks of different coloured paper flyers in large piles, some crated up in boxes with about ten women working away.  The flyers and papers all seemed to be fairly low quality home-made work that you would expect from Microsoft Publisher with Clipart images and WordArt titles. Mostly in black and white on a range of topics and mainly relating to drugs and drug rehabilitation.  We had to pause for a moment while two of the women pulled their chairs in just to allow us to squeeze through between them and continue on.

The next room was a kitchen with a 1950s style Formica topped kitchen table in an octagonal shape with steel legs, covered in stacks of small paper-bound books. Several more people were sitting on office chairs around the table working away folding, stapling, and stacking boxes with finished goods.  As they were talking to each other quietly, one of them noticed us and offered me a flyer on their drug rehabilitation program which I accepted with a polite smile before moving on.

Around the corner was a room that was probably the largest and it extended out to the back of the house. Filled with bunk beds, portable beds, and sleeping bags, it almost looked like a backpacker’s hostel, only with greater density.  We paused there for a moment while my guide knocked on the closed door to the last room, I counted off the beds and bags thinking there had to be at least 40-50 people here, but only half that number of beds if that, wondering how this all worked and even as a fairly big 6’2" man, I was more than a bit scared by the lack of exits in this one-house commune.

Finally the last door opened and I met the leader, Michael, who I had spoken to on the phone the day before.  He was in another converted room filled with office desks and more people working on clerical tasks of some sort.  He greeted me and asked if I was here about the watch, to which I replied in the affirmative and immediately pulled out my wallet and the cash he had asked for.  He went rummaging through his filing cabinet and pulled out the Seamaster in a plastic sandwich bag, handing it to me for inspection.  I saw the patina which was a little worse than I had wanted, but it was ticking and the time was more or less accurate from whenever it was last set so I figured it was worth at least what he was asking for it.

"No, that’s all good mate I don’t use drugs... I’m actually a very anti-drug person"

As I was looking at the watch Michael started talking to me about his group and their mission, how they feel that drugs are an affliction of the soul and how his group is preparing for the end times and a variety of other things about his outreach programs which I was nodding along to but not paying a great deal of attention to.  I didn’t mind any of this until hearing him mention that “I should stay” and have a chat to him about these various interests of his which left me immediately itching to leave.  I said “No, that’s all good mate I don’t use drugs, I’m actually a very anti-drug person so I appreciate what you’re doing here but I’m not into that life myself and I really have to get home for dinner soon or I’ll be in trouble”.  He was still talking about how I should stick around for dinner with him and his flock so I quickly showed him I had a flyer, grabbed a couple more off the stack next to me promising to take those home and handed him $200 in $50 notes since the watch was $180, thanked him and began to leave.

As I slowly started walking backward he exclaimed that I’ve paid him too much and that he owed me $20 change, I said “No mate I insist consider it a donation, it’s all good mate”.  Still back-pedalling he pulled a paper receipt pad and pen out of his desk and said I’ll write you a receipt just quickly and I said “No that’s ok mate, I don’t want to put you out and I won’t need to be back for a return or anything, good luck with everything your team is doing!”  I began winding my way out the same way I came in, snaking through the various rooms, acknowledging his followers with a warm smile and brandishing my newly acquired drug treatment fliers to demonstrate I’d received their message.

As I walked quickly down the stairs I felt rain on my face and took care not to slip over, but half-way down I heard Michael and the umbrella man behind me, chasing to catch up as I descended the steps.  The two people out front chatting were still there under the cover of the verandah, the gardner was still gardening near the front fence, seemingly oblivious to the rain falling upon him.  I walked as briskly as I could without it clearly looking like I was running, hoping the dogs won’t chase me and slipped out the front gate, unlocked the car and hopped into the driver’s seat.

As I started the engine, Michael was right at my passenger door still waving a soggy receipt pad in his hand and yelling something about staying for dinner to discuss my life. I heard a clunk sound as he grabbed my passenger door handle and tried to open it. The BMW E46 3-series has a feature where when you press unlock once, only the driver’s door unlocks, it takes a second press to unlock the passenger doors. I was very thankful for German engineering that day as this guy was stuck behind my still locked passenger door. I started the car, slipped it into first and took off quickly just as umbrella man was about to walk in front of the car, barely missing him I made my escape.

I took the watch to my parents house and gave it to my mother who reimbursed me for the money as she wanted to give it to Dad. He took one look at it, scrunched up his face and said “I mean... its ok... but the Constellation pie-pan is far more elegant and better looking, and frankly the dial looks a bit ordinary with the staining”. Mum ended up taking it back and wearing it as an occasional piece herself since he didn’t want it. I don’t blame dad really, I didn’t want it either and only picked it up because it was a good deal but after his reaction I had to really slow down and take stock, as mentally and stressfully that was the most expensive cheap watch I’ve ever bought in my life.